Surely generating electricity for cars is polluting? Dave Austin looks into one of the most regularly asked question.

Having now done quite a few gigs at conferences and meetings, presenting on the subject of EV installation and EV technology, I’m noticing some recurring questions. They emerge in some form or other at every event, which shows they are the ones on everybody’s mind.

The questions are raised, not necessarily by cynics, just people giving it some thought.  Today I’m going to deal with one of them.  It is, “Surely generating electricity for the cars is still polluting?”

Well, yes, sort of.  We are some way yet from fully renewable energy in this country.  Some companies such as Bulb do offer 100% renewable energy and an offset for gas.  But we are getting there. In 2019, for the first time since the Industrial Revolution, more of Britain’s electricity production came from zero carbon energy sources (wind, solar, nuclear and hydro power), than fossil fuels (coal and gas fired power generation).  This marks a historic achievement in Britain’s journey towards the UK Government’s target of net zero emissions by 2050. So – positive news. But it does mean that there is still CO2 generated by some power stations.  Not great for the ozone layer and global warming, I accept.

However, that discussion is somewhat missing the key driver for electric vehicles.  To investigate the we have to consider the Air Quality Index (AQI), which is based on measurement of particulate matter (PM2.5 and PM10), Ozone (O3), Nitrogen Dioxide (NO2), Sulphur Dioxide (SO2) and Carbon Monoxide (CO) emissions.  Quite a lot of those nasties pour out of exhaust pipes. The AQI is used to evaluate the quality of air we breathe and rate our pollution. 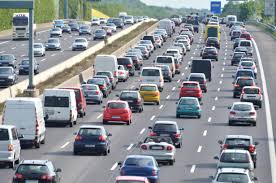 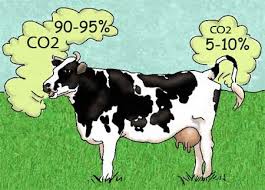 The World Health Organisation has designated diesel emissions as carcinogens because they contain PM2.5 in the form of microscopic solid or liquid droplets that are so small that they can be inhaled and cause serious health problems. Particles less than 10 micrometres in diameter can get deep into your lungs and some may even get into your bloodstream.

It is this stuff, along with NO2, SO2   and CO, that is causing air quality alongside roads to become very hazardous to human health.  Most of our large towns and cities are now considered to have air quality below recommended levels and, in many cases, harmful to life.  I was fascinated and horrified recently to hear a lecture by Dr Stephen Peckham of the University of Kent.  He leads a research department producing air quality reports and has revealed just how bad our quality is, even in bucolic, rural Kent.  I recommend looking into his work if you would like to know more.

So back to the question.  Where we have lines of static traffic belching out this stuff, the air quality is affected.  Our congested streets and roads are killing us. Dr Peckham quotes a figure of over 400,000 premature deaths in the next decade as a result of poor air quality.

Power stations move the generation of power away from built up areas.  They also do some serious work cleaning the emissions, so they are generally far less harmful. Modern power stations have little effect on town and city air quality.  Electricity arrives cleanly at our sockets. When we charge a vehicle and drive, producing no localised emissions, we are dramatically improving the situation.  A traffic jam of electric vehicles produces no emissions at all (discounting human output… remember the cows!)

So that’s why EV cars are a much better option for the environment, even when we have to generate power to charge them up.